Heartfelt farewell as Italy icon Pirlo hangs up his boots 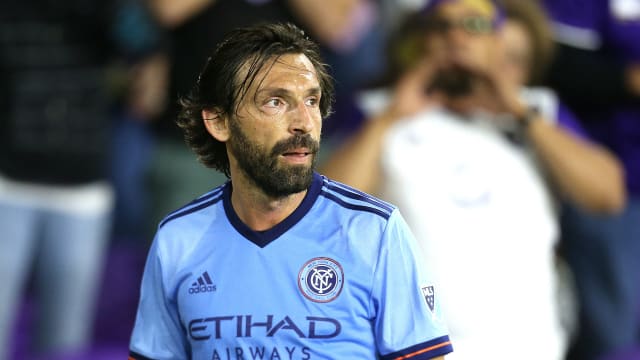 Andrea Pirlo expressed heartfelt gratitude to his friends, family and team-mates after bringing down the curtain on his glittering career on Sunday.

The Italy icon featured as a 90th-minute substitute in New York City's 2-0 win over Columbus Crew, which was not enough to overturn the 4-1 deficit from the first leg of the MLS Eastern Conference semi-finals.

With New York eliminated from the play-off picture, Pirlo - who last month announced his impending retirement when his contract expires in December - brings to an end a stellar career spanning 22 years.

During that period, Pirlo lifted the World Cup with Italy in 2006, twice picked up Champions League winners' medals with AC Milan and collected six Serie A titles across spells with the Rossoneri and Juventus.

Although he could not sign off with another trophy in New York, the 38-year-old was grateful to all those who had supported him.

"Last match in MLS. As my time in NYFC comes to an end I would like to say [a] few words. I want to thank everybody for the kindness and support they have shown me in this incredible city," he posted on Twitter.

"Not only my adventure in NYC comes to an end but my journey as a football player as well, that is why I would like to take the opportunity to thank my family and my children for the support and love they always give me, every team that I had the honour to play for, every team-mate I have been pleased to play alongside, all the people that made my career such incredible and last but not least, all the fans around the world that always showed me support.

"You will always be on my side and in my heart."