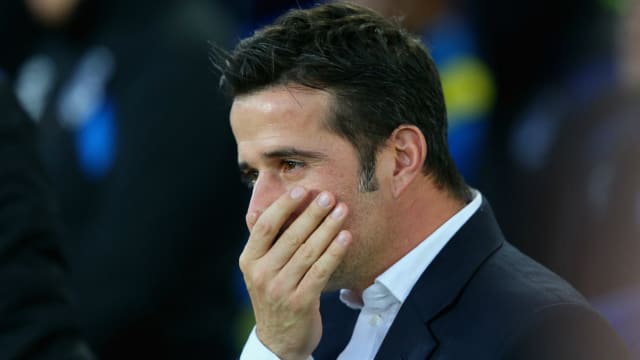 Watford boss Marco Silva bemoaned the defensive error which opened the door for Everton to recover from two goals down for a breathless 3-2 win on Sunday.

The Hornets were cruising after goals from Richarlison and Christian Kabasele opened a 2-0 lead, putting the visitors on track for a fourth Premier League away win this season.

But a mix-up between Jose Holebas and goalkeeper Orestis Karnezis - who replaced the injured Heurelho Gomes on the hour - allowed Oumar Niasse to spark the comeback.

Dominic Calvert-Lewin equalised seven minutes later and Leighton Baines completed the turnaround from the spot in the first minute of added time, before Tom Cleverley cost his side a point by failing to convert a 101st-minute penalty.

"The details made the difference. We made one mistake and [Everton] began to believe," Silva told the BBC.

"I don't remember a period of 10 minutes when they had big pressure.

Watford striker Andre Gray said the visitors only had themselves to blame for failing to make the game safe.

"We deserved all three points but we completely fell apart after they scored," Gray said.

"I don't know if it's lack of concentration or getting over-confident but they scored once and it lifted their crowd. We are professionals and we have to deal with that.

"It's frustrating to miss the penalty but I would feel the same if Tom Cleverley had put it away and we came away with a point."