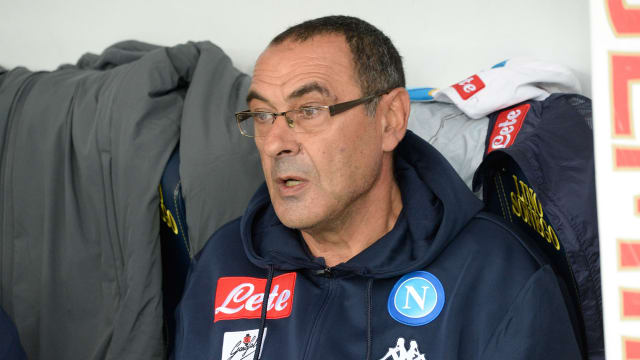 Maurizio Sarri feels Napoli have paid the price for a gruelling run of fixtures as they were fatigued in Sunday's goalless draw at Chievo.

The Serie A leaders saw their advantage at the summit cut to one point by reigning champions Juventus after a goalless draw in Verona.

Having played title rivals Roma and Inter, plus Manchester City twice in the Champions League, since the start of October, Sarri conceded he could take no issue with his side's slip-up.

"I am not angry with the performance," he told Mediaset Premium. "In tactical terms, we had an extraordinary game and allowed Chievo absolutely nothing.

"We simply got to the end of a difficult run of games and were lacking sharpness That simply meant we created the opportunities, but didn't have the guile to finish them off. Chievo did what they had to do."

Napoli host AC Milan after the international break and then face Shakhtar Donetsk in a key European clash, with a meeting with Juve to come at the start of December.