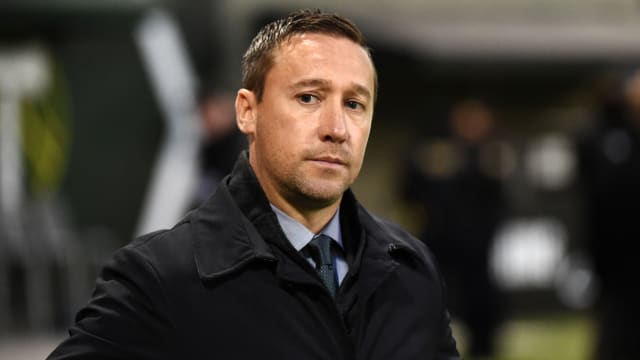 Houston Dynamo eliminated Portland Timbers from the MLS play-offs, while Toronto FC and Columbus Crew scraped through despite losses on Sunday.

A come-from-behind 2-1 win at Providence Park saw Houston eliminate the Timbers, who had finished the regular season top of the Western Conference.

The tie was locked at 0-0 after the opening leg, and Caleb Porter's Portland looked in control when Dairon Asprilla finished well from inside the area in the 39th minute.

But Houston responded just four minutes later through Dylan Remick, who volleyed in the equaliser.

The win was sealed by substitute Mauro Manotas as the Colombian struck from distance in the 77th minute, sending Houston into the Western Conference decider against the Seattle Sounders.

In the Eastern Conference semi-finals, Toronto advanced on away goals after losing 1-0 at home to New York Red Bulls.

Toronto star Jozy Altidore and the Red Bulls' Sacha Kljestan were sent off at half-time after an altercation at BMO Field.

Bradley Wright-Phillips gave the visitors hope of eliminating the Supporters' Shield winners when a Daniel Royer strike deflected off him and in, but Toronto progressed after the teams drew 2-2 on aggregate.

Daniel Royer buries a deflected shot from distance and we need one more in Toronto!!! #TORvNY | #MLSCupPlayoffs | #RBNYpic.twitter.com/B7Yof5vgMT

Awaiting Toronto in the Eastern Conference decider are Columbus, who were similarly nervy in getting past New York City.

Carrying a 4-1 lead to Yankee Stadium, Crew suffered a 2-0 loss and went through 4-3 on aggregate.

A David Villa penalty and Andraz Struna goal saw City put the pressure on, but they bowed out as Andrea Pirlo made his final professional appearance off the bench in the final minutes.