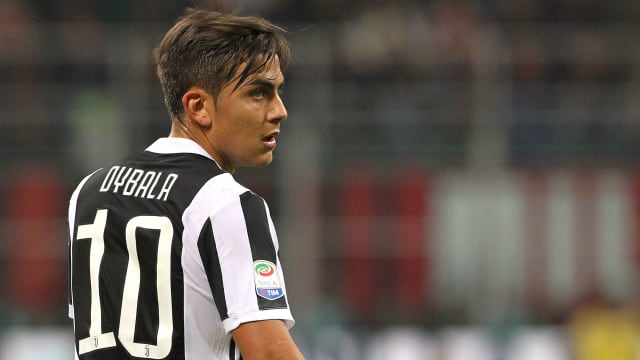 Massimiliano Allegri expects Alex Sandro and Paulo Dybala will return to form for Juventus after he addressed the players' recent struggles.

The Bianconeri have won four of their last five games in all competitions, but they are three points off the pace at the top of Serie A with unbeaten Napoli leading the way.

Star defender Alex Sandro started only two of the champions' five league matches in October, while Dybala - outstanding in the opening weeks of the campaign - has scored only once in all competitions since hitting a brace in September's Turin derby.

But Allegri has noted these problems and is seeking a reaction from the pair in the coming weeks, starting against pointless Benevento on Sunday.

"At this moment, Alex Sandro's performances are a little below par," the Juve coach told a pre-match news conference. "These things can happen, I spoke to him.

"Paulo Dybala had very little time in training after the last journey for international duty and hasn't looked sharp. After that, we should hopefully be able to focus more on fitness and training.

@OfficialAllegri: "@PauDybala_JR played a good 2nd half on Tuesday. He'll be back to his usual self soon, I'm sure of it." #JuveBeneventopic.twitter.com/GJrWOGZjbW

"I explained to [Dybala] that against Sporting on Tuesday he did well, but lacked some sharpness. I am sure he'll put in a good performance [against Benevento], but he's very young and not accustomed to these peaks and troughs."

Juve are celebrating their 120th anniversary and will wear a one-off classic kit this weekend, with Allegri determined that his side will mark the occasion with a win.

"We must put the right passion in to this game, as this is the 120th anniversary of the club and we cannot afford a mistake right now," he said.

On the challenge of facing basement side Benevento, Allegri added: "It's true Benevento haven't picked up a point yet, but that is precisely why the numbers are terrifying - we can't have the wrong attitude."