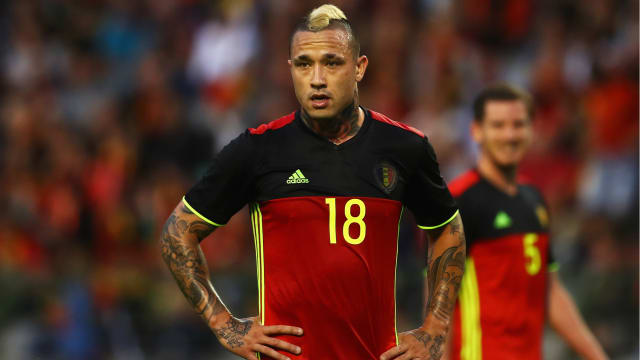 Adnan Januzaj and Radja Nainggolan have been named in the Belgium squad for this month's friendly matches against Mexico and Japan.

Nainggolan claimed he would take a break from international football when he was left out by head coach Roberto Martinez for September's World Cup qualifiers.

However, the Roma midfielder, who later insisted he had not made any permanent decision to retire from Belgium duty, has been handed a place in the 28-man squad for the upcoming matches.

Real Sociedad winger Januzaj, who last played for his country in November 2014, has been given a surprise recall despite injury problems restricting his involvement in LaLiga this term.

Barcelona defender Thomas Vermaelen is one of eight defenders named on the list, despite having made only one appearance all season. Huddersfield Town's Laurent Depoitre has also been included.