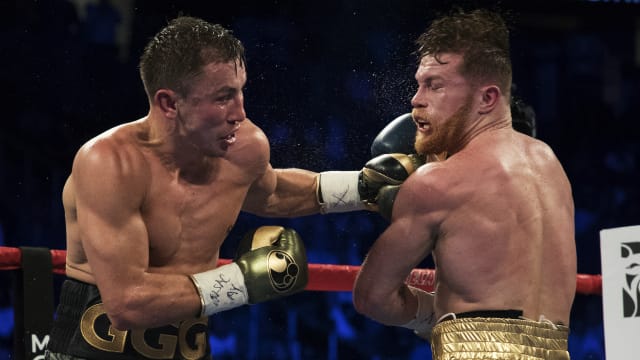 Saul 'Canelo' Alvarez's return to the ring is scheduled for early May 2018 and Oscar De La Hoya is determined to arrange a rematch with Gennady Golovkin.

The World Boxing Council (WBC) has ordered a rematch and getting Canelo and Golovkin back in the ring together is a top priority for Golden Boy Promotions CEO De La Hoya.

"But that's the fight that has to happen next. The fight everyone wants is GGG-Canelo next and that's what I will push for."

Some thought De La Hoya would aim for next September to schedule GGG-Canelo II while he promotes a December 16 fight between middleweights Billy Joe Saunders and David Lemieux.

Earlier this week De La Hoya said that Glolovkin "is on the first place on our list, but so much depends on the negotiations."

Golovkin's promoter Tom Loeffler had said he wants the rematch details worked out by December.

If an agreement is not reached, Golovkin is prepared to schedule another fighter.

"We can't wait forever for Canelo to decide," Loeffler told RingTV. "If it gets to a certain point, we have arenas ready on hold and I need a contingency plan and contingency opponents as well. Canelo is clearly Plan A, and the priority, but we also have a Plan B and C in place in order that Gennady's career isn't held up."