McKinlay and Stockdale in caretaker charge at Sunderland 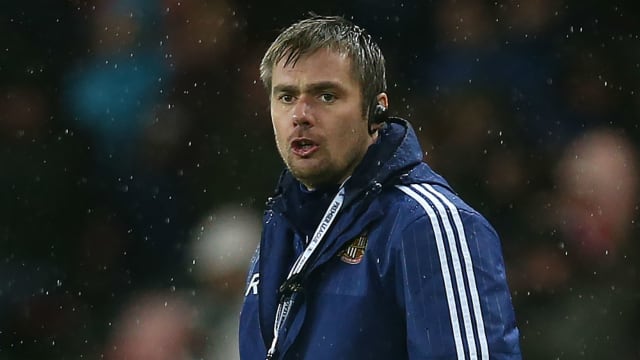 Sunderland have handed coaching duo Billy McKinlay and Robbie Stockdale the reigns on a caretaker basis for Sunday's Tees-Wear derby at Middlesbrough as they wait to appoint a new manager.

The Black Cats sacked Simon Grayson on Tuesday, only minutes after a home draw against bottom side Bolton Wanderers that left the club still in the relegation zone - just months on from their demotion from the Premier League.

Former Preston North End boss Grayson paid the price for a miserable run in which Sunderland have won only once in the league this season, while they are without a victory in all competitions at the Stadium of Light in 2017.

While the club are yet to appoint a new permanent manager, they have released a statement confirming that former Scotland internationals McKinlay and Stockdale - both of whom already have coaching roles on Wearside - will take temporary charge for the trip to Boro.

Stockdale briefly took a similar role in 2015 between the tenures of Dick Advocaat and Sam Allardyce.

The statement concluded: "A further announcement regarding the vacant manager's position will be made in due course."