Juventus to celebrate 120th birthday with special kit against Benevento 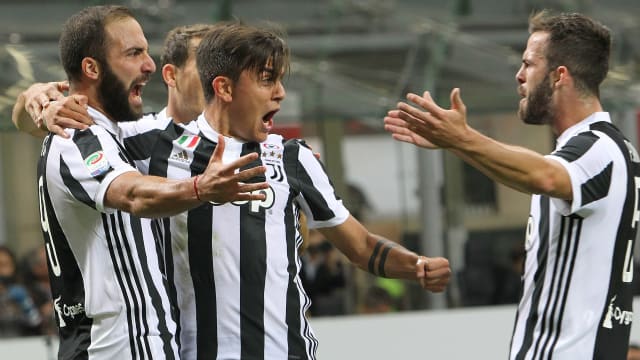 Juventus will wear a limited edition kit against Benevento on Sunday to mark the club's 120th birthday.

The special one-off strip, comprising the classic black-and-white stripes and a simple three-gold-star badge to mark 30 league titles in Italy, will be used for the match at the Allianz Stadium.

Only 1897 shirts will be made, in honour of the year in which the club was founded by a group of students in Turin, and will be available to buy from the official club store.

Juve have also promised "yet more celebrations with lots of surprises and special initiatives" at the game against Serie A's bottom club.

A historic piece that celebrates the 120-year history of Juve. 1897 commemorative kits are available here: https://t.co/oQNiB2hC8y#JUVE120pic.twitter.com/drVqoHsYRA

Notts County, the club whose black-and-white strip inspired Juve to adopt the same, were among those to congratulate the Old Lady for turning 120 on Wednesday.

| A very happy birthday to our Italian friends!#Juve120https://t.co/DYJ9aE2ayj

120 years ago today, Juventus was born! Happy Birthday to our beloved Bianconeri! #Juve120#FinoAllaFine#ForzaJuvepic.twitter.com/HIFwp77p3e