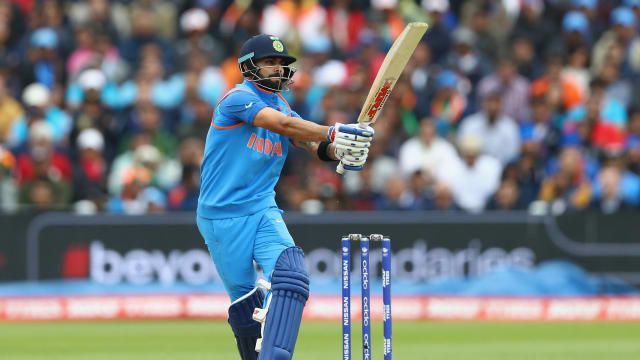 Virat Kohli has returned to the top of the ICC rankings for one-day international batsmen with the highest rating achieved by an India batsman.

India skipper Kohli reached 889 points after helping his country to a 2-1 ODI series victory over New Zealand, surpassing the mark set by the iconic Sachin Tendulkar (887) in November 1998.

The 28-year-old scored two centuries in a total of 263 runs against the Black Caps. The first hundred was his 31st in the 50-over format, meaning Tendulkar (49) is now the only man with more, while his second made him the fastest man in history to reach 9,000 ODI runs.

He can become just the 12th player to reach the 900 point barrier in ODI cricket if he maintains his impressive form against Sri Lanka, though it has been suggested he could be rested for the series.

Back on top of the @MRFWorldwide ODI batting rankings; @imVkohli has the highest ever rating by an India batsman!https://t.co/qLK5rpzWEDpic.twitter.com/QufBFp2PQh