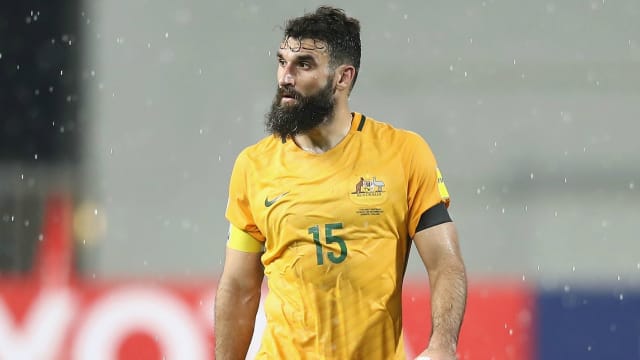 Australia captain Mile Jedinak has been named in the Socceroos' 25-man squad for their World Cup play-off against Honduras.

But the midfielder played half an hour off the bench for Aston Villa against Birmingham City on Sunday - enough to prove to coach Ange Postecoglou he is ready.

Rosenborg defender Alex Gersbach and Sturm Graz midfielder James Jeggo are also part of the squad for the intercontinental play-off.

Melbourne Victory star Mark Milligan and Hertha Berlin attacker Mathew Leckie are in the squad despite being suspended for the first leg, to be played in Honduras on November 10.

"It has been pleasing to see so many of our players performing strongly for their clubs domestically and abroad, and I believe that puts us in good stead for our upcoming play-off matches," Postecoglou said.

"With two games in five days and extensive travel between the fixtures, every member of our squad will play an important role this November.

"We'll be looking to get positive result in San Pedro Sula, before aiming to seal a place at the 2018 FIFA World Cup in Russia in front of our home fans in Sydney."

Honduras host the first leg in San Pedro Sula on November 10 before the return clash in Sydney five days later.