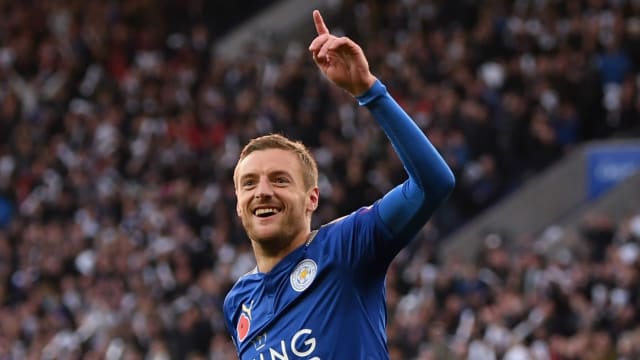 Jamie Vardy said newly installed Leicester City manager Claude Puel did not make any drastic changes before his side ran out 2-0 winners over Everton in the Premier League in his first game in charge.

Vardy scored the opening goal after 18 minutes at the King Power Stadium, lashing Riyad Mahrez's cross high into the net from close range in a move reminiscent of Leicester's title-winning season.

Demarai Gray grabbed the second 11 minutes later, his shot deflecting off the outside of Jonjoe Kenny's boot as the Everton full-back attempted a clearance, and Puel's side restricted struggling Everton to just two shots on target throughout the game.

Vardy said he was looking forward to life under Puel in the coming week, telling Sky Sports: "The gaffer has come in and he said for this game he didn't want to change much.

"A few tactical tweaks and it has paid off. The lads have dug in and we've got the three points.

"We'll be in next week and we'll see what the manager brings in."

Puel, who must prepare for the visit of Manchester City and Tottenham Hotspur in Leicester's next two home games, was asked whether the victory represented a perfect start for his side.

"Perfect - I don't know," he said. "It was very interesting. We played well first half, a good combination for the first goal. It was a little more difficult in the second half with Everton trying to come back into the game.

"But we saw a good team with a lot of solidarity. It's a very good result.

CP: "We've only had two training sessions so it was only possible to make small changes. But the character, spirit was very good." #LeiEve

"It's important to say thanks to the fans for their welcome and this atmosphere - it was fantastic.

"I enjoy the win for the players and the fans. We continue to work, it's just the beginning. It's important to continue this."