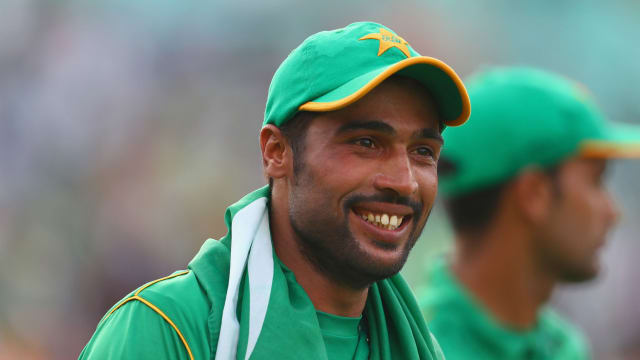 There were joyous scenes in Lahore as Pakistan completed a Twenty20 series whitewash of Sri Lanka with an emphatic 36-run win on the latter's return to the country.

After losing successive T20s in Abu Dhabi, Sri Lanka played in Pakistan on Sunday for the first time since their team bus was targeted in a terror attack, in Lahore, in 2009.

Amid a huge security presence, the tourists were unable to avoid another defeat - their eighth in as many limited-overs matches against Pakistan - as Shoaib Malik and Mohammad Amir starred, but their decision to play will have been warmly welcomed in Pakistan.

In the absence of several players who opted out of travelling, the Sri Lankan team that did line up experienced a raucous and jubilant atmosphere, reflecting the fact only Zimbabwe and a World XI have played senior international cricket in Pakistan in the last eight years.

Thank you Sri Lanka for this historic trip..We will remember you for this gesture forever. Let cricket be the winner! Love you all

As a result, this was Amir's first international appearance in his home country, despite the fact he made his debut in 2009.

The left-arm seamer starred with career-best figures of 4-13 from four overs as Pakistan, who posted an imposing total of 180-3, limited their opponents to 144-9 in reply.

Dasun Shanaka made 54 from 36 deliveries for Sri Lanka, but lacked support and a home win was inevitable long before the match concluded.

While Sri Lanka struggled with the bat, all of Pakistan's top four passed 30 and Shoaib was the star of the show, racing to 51 from just 24 balls.

House full it is! Thank you Lahore... Thank you Pakistan #PAKvSLpic.twitter.com/SbneiEpt8R