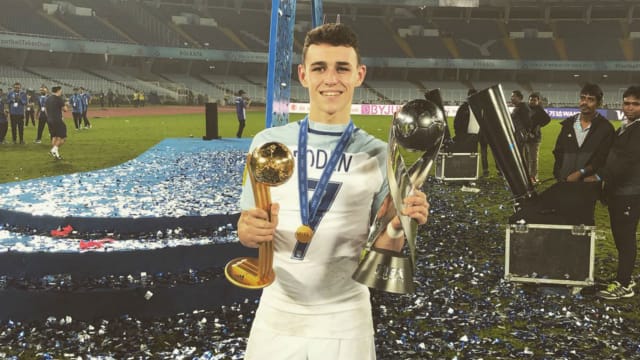 England pair Phil Foden and Rhian Brewster won the Golden Ball and Golden Shoe, respectively, after helping their side to Under-17 World Cup success on Saturday.

Steve Cooper's men found themselves 2-0 down to Spain in Saturday's final before romping back to an impressive 5-2 win, with Liverpool youngster Brewster scoring the first and Foden adding two in the second half.

Brewster ultimately clinched the Golden Shoe for the most goals with eight, while Foden - who has received significant praise from his Manchester City coach Pep Guardiola - was deemed to be the tournament's best player.

Gabriel Brazao of Brazil won the Golden Glove, having helped his country to victory in the third-place play-off against Mali, with the South Americans winning 2-0.