Sharapova will be tough to beat in 2018 - Evert 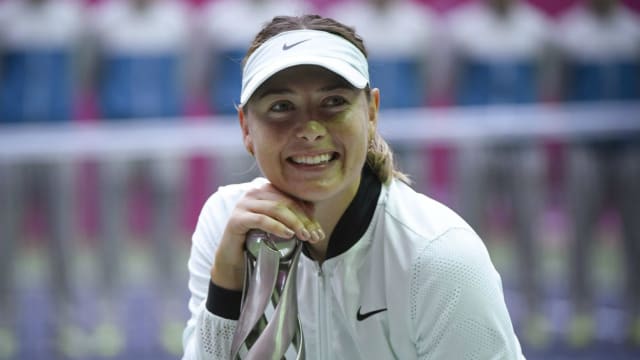 Chris Evert has backed Maria Sharapova to be win plenty of titles in 2018 after making her comeback from a doping ban this year.

The five-time grand slam champion missed 15 months on the WTA Tour after testing positive for banned substance meldonium at the 2016 Australian Open.

Sharapova returned to action in April and claimed her first title since the 2015 Internazionali d'Italia in Tianjin this month, beating Aryna Sabalenka in straight sets.

It was a welcome triumph for the 30-year-old, and Evert believes the Russian will enjoy much more success over the next 12 months.

#36 I will always remember you pic.twitter.com/GEczLqGRRd

"I think she's had a successful comeback," 18-time grand slam champion Evert told WTA Media. "She was injured - that was the only setback, her body.

"But I think every time she was put in a situation to win a match, and she was healthy, she was just as great a competitor as she ever has been.

"And if she can stay healthy she's going to be tough to beat next year."

Sharapova's final tournament of 2017 ended in disappointment as her Kremlin Cup return was short-lived, losing to Magdalena Rybarikova in the first round.