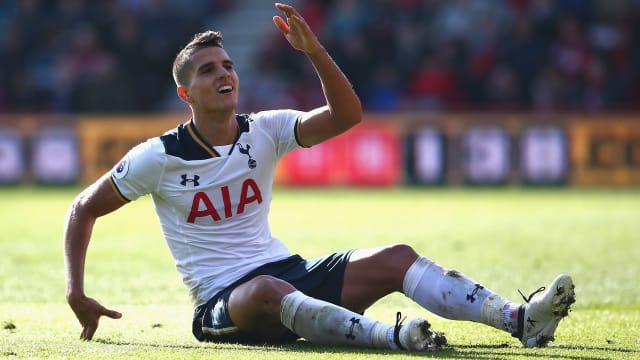 Erik Lamela will not make his comeback for Tottenham in Wednesday's EFL Cup match against West Ham, manager Mauricio Pochettino has confirmed.

The Argentina winger has not played since a 2-1 defeat to Liverpool in the same competition last October due to a persistent hip problem.

It had been hoped the 25-year-old would be ready to play some part in this week's encounter at Wembley, having recently returned to training, but Pochettino says he is still unclear when Lamela will be ready.

"No, Erik is not on the list," he told a news conference. "He's doing well but still he's not available.

"After one year [out], I cannot say tomorrow, one week or one month. It depends on his evolution."

TEAM NEWS: @ErikLamela (hips) is training with the team as he continues his recovery. pic.twitter.com/eiunfzwUdi

Midfielder Mousa Dembele could return against the Hammers, though, having missed the last month with an ankle injury.

"It's true different players, when they are injured, you have to assess step by step. But it's good."

Pochettino went on to laugh off questions about captain Hugo Lloris' decision to vote for Zinedine Zidane to win The Best FIFA Men's Coach award.

The Real Madrid boss claimed the prize at the star-studded gala on Monday after guiding his side to glory in LaLiga, the Champions League, the Supercopa de Espana and the UEFA Super Cup in 2017.

"He voted for me number two," said Pochettino. "Who number one? Zidane? Well, he's French!

"I am happy, it's normal. Zidane received the trophy for best manager and he deserves to be number one."