Ducks winger Eaves out of ICU, diagnosed with Guillain-Barre syndrome 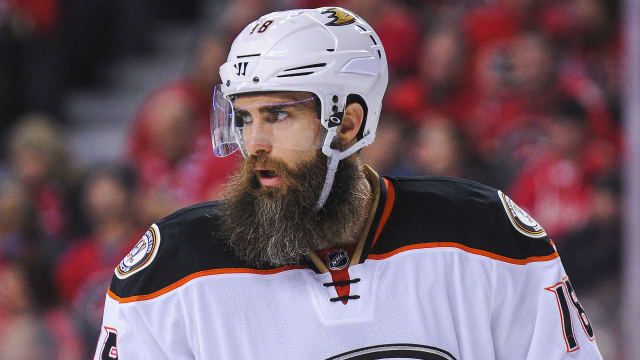 Anaheim Ducks winger Patrick Eaves is in a stable condition after being diagnosed with Guillain-Barre syndrome, a disorder in which the body's immune system attacks the peripheral nervous system.

Eaves missed the start of the season with a lower body injury but returned to action on October 11, only to re-aggravate the injury.

The 33-year-old was admitted to the ICU at Hoag Hospital in Newport Beach but his condition has since stabilised.

"I want to thank Dr. Robert Watkins Sr. and Dr. Danny Benmoshe for their early diagnosis of my condition, along with the proactive Ducks medical team," Eaves said in a statement.

"Thanks to them and the incredible nurses at Hoag Hospital, I'm on the road to recovery. I've received tremendous amount of support over the last few days, most importantly from my family, friends and team-mates. I'm determined to fully overcome this and return to the ice as soon as possible."

Eaves is expected to make a full recovery.

"Our sole focus at this time is on Patrick's general health and well-being," Ducks executive vice-president/general manager Bob Murray said in a statement.

"We are grateful his condition was diagnosed early by Dr. Robert Watkins Sr. and Dr. Danny Benmoshe, and thank the staff at Hoag Hospital and our own medical personnel for their efforts. What defines Patrick Eaves is his strength of character, and that will serve him well in his recovery. Our thoughts are with Patrick and his family at this time."

Eaves has played in just four games this season, recording one goal against the New York Islanders.