Klopp slams Lovren: I would have stopped Kane getting the ball! 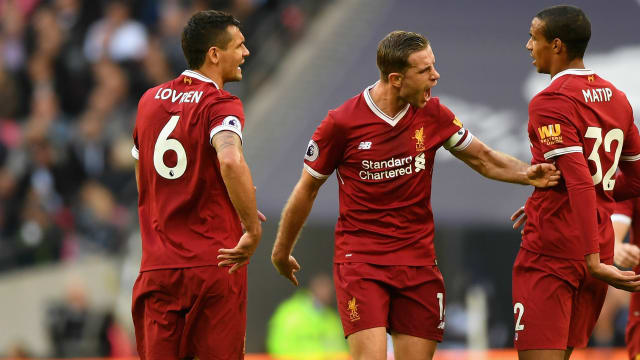 Liverpool boss Jurgen Klopp says he would have done a better job at stopping Harry Kane than Dejan Lovren did for one of Tottenham's four goals at Wembley.

Spurs thrashed Liverpool 4-1 on Sunday, increasing the pressure on Klopp as his side sit ninth in the Premier League, 12 points behind leaders Manchester City.

Kane struck twice, as well setting up Son Heung-min's effort - which was Spurs' second - the goal which riled the Liverpool boss most of all, even though he felt all four were simple to prevent.

Dele Alli also netted in a fine victory for the hosts, while Son struck the crossbar as the home side repeatedly opened up the Liverpool defence, with Lovren substituted by Klopp after only half an hour.

"If I am involved in this situation on the pitch, then Harry cannot get the ball," Klopp told Sky Sports of the second Spurs goal, which saw Lovren miss a header from goalkeeper Hugo Lloris' throw, allowing Kane to race clear.

"All of the situations are easy to defend. If you take the second goal, if you hit the ball another 500 times I'm pretty sure Dejan Lovren hits the ball.

"It [our defending] was just really bad, bad, bad. In the decisive moments their desire was bigger than ours.

"Now we have to realise that we are responsible for this and nobody else. Of course we can fix it and we have to fix it as well.

"The whole game the whole result was all our fault - Tottenham was good, they needed to be good, but we made it much too easy for them.

"The first goal was a little throw in and we are not really there. The second, a counter attack, when the ball passes Dejan Lovren it is already too late."

Klopp added: "Coming back in the game with the goal we had our chances, but it's nothing to talk about. The third one, it's a completely open situation. We make the foul, again, all our fault.

"The fourth - second ball and third ball for Tottenham, their desire was bigger than ours. The game was finished then.

"Here, in these situations where games are decided, we need to be completely different.

"I could explain a lot of things but it doesn't make it better. In these moments we were not there. It's our fault, nobody else."