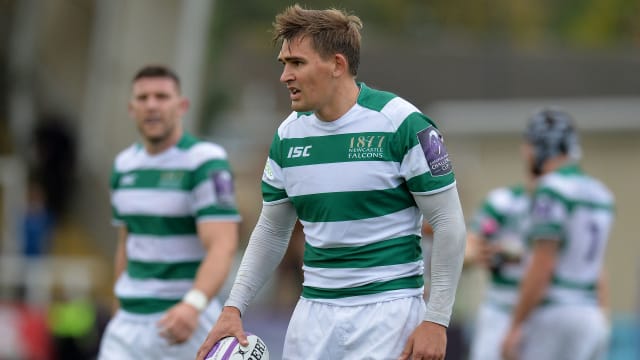 Newcastle fought back to beat Bordeaux-Begles on the road while Edinburgh entered the record books in the second round of fixtures in this season's European Challenge Cup.

The Falcons trailed 17-7 at the break but rallied in the second half, grabbing a rare win on French soil thanks mainly to Toby Flood's 11-point haul.

The fly-half scored a try and kicked three conversions to secure a 21-20 triumph that puts Newcastle ahead of their opponents.

The Dragons meanwhile defeated Enisei-STM 28-21 in Moscow to sit third in Pool 1.

A big 'merci' to @UBBrugby for a simply incredible game. Can't wait to do it again at Kingston Park later in the season!

Pau are the new leaders in Pool 3 after recovering from 30-7 down at half-time to defeat Zebre 38-33 in a thriller at the Stadio Lanfranchi, where the hosts had Eduardo Bello sent to the sin bin in the second half.

In Pool 4, Edinburgh secured a second successive bonus-point victory as Richard Cockerill's side ran in 10 tries in a 73-14 hammering of Krasny Yar in Moscow.

In the same group, Stade Francais are still searching for their first win of the competition after going down 44-7 to London Irish.

Topsy Ojo marked his record-breaking 281st appearance for the Exiles with two tries as the Aviva Premiership strugglers recorded just their second win of the campaign.

And he celebrates by scoring a try! What a guy! pic.twitter.com/UDw8GBmuip

The battle of the two unbeaten teams in Pool 5 saw Connacht run out 15-8 victors over Worcester, although Jono Lance's 74th-minute penalty secured a losing bonus point for the beaten Warriors.