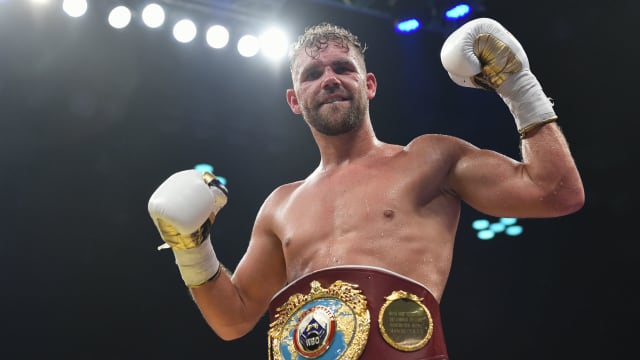 Billy Joe Saunders is targeting a middleweight unification fight against the victor of the expected rematch between Gennady Golovkin and Saul 'Canelo' Alvarez.

WBO champion Saunders (25-0) will make his third defence against David Lemieux (38-3) in Canada in December but has his eyes on the other belts in the division.

Golovkin (37-0-1) retained his IBF, WBA and WBC straps following a draw in his highly anticipated fight with Canelo (49-1-2) in Las Vegas last month and a rematch has been ordered by the latter governing body.

Saunders believes he should be next in line for Golovkin, or Canelo, should the Mexican come out on top when they go toe to toe again.

"And when I come through this fight, I will have him. [Lemieux] is a mandatory, and we've agreed to a deal to go over to foreign soil and get it on.

"Once I beat Lemieux I'll be moving onto bigger fish - the winner of the rematch between Canelo and Golovkin. I'm looking forward to a great fight.

"Lemieux looks good against 'B-level' fighters, but he is now getting in the ring with someone who is far more superior and slick than anyone he has ever been in with."