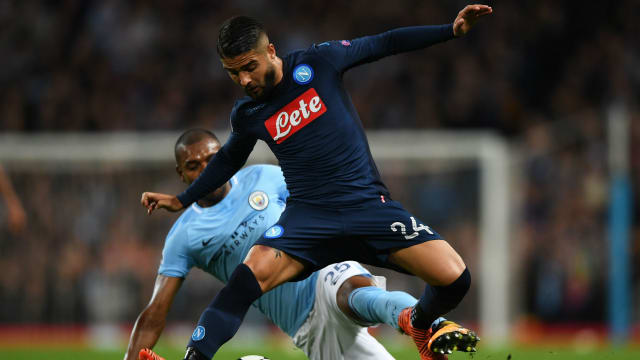 Napoli have confirmed Lorenzo Insigne suffered a right adductor strain against Manchester City in the Champions League on Tuesday.

The Italy international came off as a precaution in the 57th minute of the 2-1 loss at the Etihad Stadium.

According to a statement on the Partenopei's website, Insigne underwent tests that have determined the nature of the problem.

The 26-year-old has begun treatment but it is not known when he will return to first-team action.

The latest on Lorenzo #Insigne from Manchester https://t.co/tEFS9qWQ8L#ForzaNapoliSemprepic.twitter.com/pnnjeEqnuc

Maurizio Sarri's Serie A leaders are due to face second-placed Inter at Stadio San Paolo on Saturday.