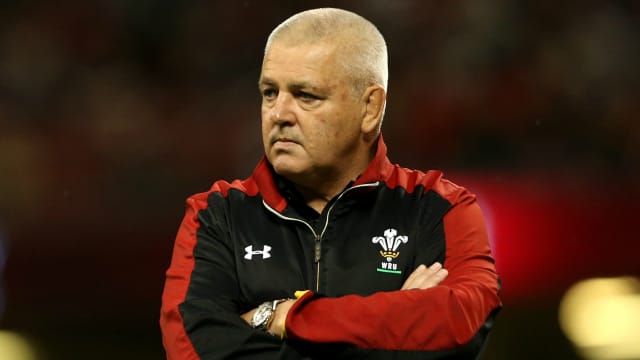 Warren Gatland has set his sights on coaching a New Zealand franchise in Super Rugby after the 2019 Rugby World Cup.

The Wales boss will leave his role at the end of rugby's next global showpiece in Japan and this week stated he has no intention of coaching the British and Lions for a third tour in four years' time.

Gatland led the Lions to a spirited 1-1 series draw against the All Blacks, but faced fierce criticism in his homeland - including being depicted as a clown in one publication - while Ireland flanker Sean O'Brien was also critical of the quality of coaching on tour.

The 54-year-old plans to return home after finishing with Wales, but recognises the difficulty of landing a top job in Super Rugby.

Speaking to Auckland station Radio Sport, Gatland said: "The plan is to finish in 2019, and have a six-month break.

"I'm coming back home, going to the beach and putting my feet up for a while. Then see if there are any opportunities after that, perhaps in Super Rugby.

"The thing about New Zealand is you have to be in the right place at the right time because there's not a lot of coaching positions."

Gatland also reiterated an ambition to one day coach the All Blacks, but says that is not his primary aim for returning to New Zealand.

"If you come back to New Zealand and if there's an opportunity to get involved in Super Rugby, and you're successful, other things open up for you," he added.

"That's the way I look at it. I promise you there's not a strategy in place of me coming back to New Zealand and wanting to coach the All Blacks."