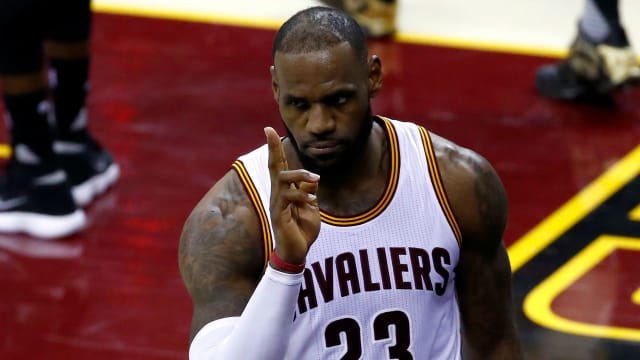 The 2017-18 NBA season begins on Tuesday, with Boston Celtics point guard Kyrie Irving making a quick return to Cleveland and Houston on the road against defending champions the Golden State Warriors.

Irving's trade request and subsequent move to Boston was one of many high-profile switches during the close-season and while the Eastern Conference was a little more subdued than the West, there was still plenty of intrigue.

Can anyone unseat the Cavs in the East?

The Cleveland Cavaliers had an interesting offseason. In replacing Irving, they added veteran guards Derrick Rose and Dwyane Wade. Adding Wade then irritated J.R. Smith, for he lost his starting shooting guard spot. It appears the Cavs will start small, with Rose, Wade, LeBron James, Jae Crowder and Kevin Love taking the court first on Tuesday against Boston. Though the Cavs now have more high-profile names in their roster, they are also slower and less dynamic. Can another team take advantage?

Boston, after adding Irving and shooting guard Gordon Hayward, appears most likely to unseat the Cavs in the East. Rookie Jayson Tatum impressed playing power forward this preseason, and he could unseat recently acquired Marcus Morris for the starting spot. The Celtics also have Jaylen Brown, Marcus Smart and Al Horford. Physicality in the paint and rebounding will be Boston's main concerns, but the Celtics have a great chance at usurping the Cavs this season.

Will the Thunder's bold moves pay off?

The NBA "superteam" craze continued this summer with the Oklahoma City Thunder trading for Paul George and Carmelo Anthony. Oklahoma City looked vulnerable last season in the wake of Kevin Durant's departure, which forced Russell Westbrook to take on a superhero role in his MVP season.

While Oklahoma City appears much more talented on paper, there are legitimate chemistry concerns. Anthony has recently been viewed as a black hole in New York, drying up the younger talent around him. Anthony likely still has something left in the tank, but he wil have to put his ego aside as the third option on this team. George and Westbrook might actually be the two who bicker the most. Both are stars in the prime of their careers, and neither will want to significantly decrease his production. The Thunder will either challenge the Warriors for Western Conference glory, or go down in a burning pile of ash. There does not appear to be much middle ground.

Built to Bring It. #OKC10pic.twitter.com/1qk82XXvOr

Can the 76ers actually contend for a playoff spot?

The Philadelphia 76ers have not made the playoffs since 2011-12 and have been terrible since 2013, but there is hope for a turnaround this season. Joel Embiid and Ben Simmons are back from injuries. Embiid finally broke out last season, proving he can be one of the league's dominant centers. Simmons missed the entire season with a foot injury, but he scored 19 points on 9 of 11 shooting in Philly's final preseason game.

J.J. Redick, Dario Saric, Robert Covington and this year's number one overall pick Markelle Fultz provide depth and talent at key positions. Health concerns could be the only thing standing in Philadelphia's way.

James Harden made a seamless switch over to point guard in Mike D'Antoni's system last season. He showed improved vision, patience directing the offense, and better shot selection. But the addition of Paul likely slides Harden back off the ball. Neither player has seemed concerned about sharing the ball, but adding Paul was a curious move from Houston's standpoint.

The Rockets have a number of bodies in the post - lead by center Clint Capela - but they still lack physicality and proven scoring in key areas. Houston is really banking on a bounceback from Ryan Anderson, who struggled shooting last season. His re-emergence could help space the floor for Harden and Paul.

Will the regular season even be worth watching?

The Eastern Conference looks like a two-horse race, and none of the moves out West appear potent enough to usurp the Warriors. Sure, the regular season will produce some intriguing matchups, but will they really mean anything considering the teams will just meet again in the postseason?

The regular season may be worth watching for reasons other than the top teams. Guys like Aaron Gordon in Orlando and Devin Booker in Phoenix are electrifying players stuck on teams with no shot at postseason success. The DeMarcus Cousins-Anthony Davis frontcourt partnership in New Orleans is intriguing as well. We all know who will be there at the end, and it is more than likely only three or four teams are actual title contenders this season, but on a nightly basis, exciting players will be worth keeping tabs on throughout the NBA.