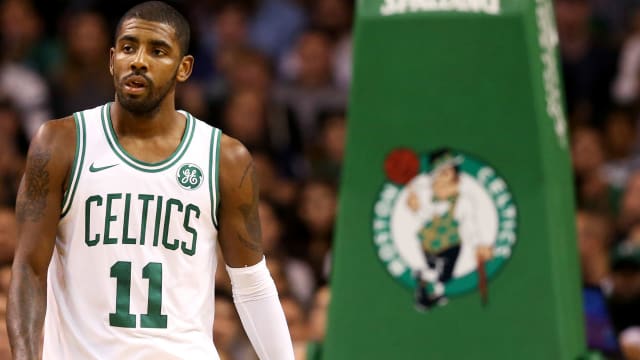 The 2017-18 NBA season arrives Tuesday and with it speculation that a team other than the Cleveland Cavaliers could make it out of the Eastern Conference.

In an offseason littered with bold moves, the Boston Celtics executed the most shocking of them all in an attempt to unseat the Cavs. Boston's biggest addition came from Cleveland, scooping up Kyrie Irving after the beleaguered point guard demanded a trade. The Celtics lost Isaiah Thomas and Jae Crowder in the process.

Beyond the Cavs and Celtics, teams such as the Washington Wizards, Toronto Raptors and Milwaukee Bucks will be eyeing playoff glory with improved rosters. All that said, here is your 2017 NBA Eastern Conference preview.

Boston Celtics -- Somehow, in an offseason that saw Chris Paul, Paul George and Carmelo Anthony move to Western Conference teams, the Celtics pulled off one of the most shocking trades of the decade. Irving is a superstar ready to blossom out of James' shadow. His presence should give the Celtics a legitimate chance of reaching the NBA Finals. Boston also went out and added Gordon Hayward to give Irving some help on the wing. Sending Avery Bradley  -- the team's best perimeter defender -- to the Pistons for inconsistent power forward Marcus Morris didn't make a ton of sense, but Morris should start alongside Al Horford in the paint.

Charlotte Hornets -- Acquiring Dwight Howard may have been controversial, but he brings instant muscle to the paint. Howard is one of the best area rebounders in the NBA. His offense never really developed away from the basket, but the Hornets have plenty of stretch 4s they can play alongside him. Drafting Kentucky's Malik Monk in the first round provided the Hornets with another elite shooter who also can run the point. This team should be deeper and more physical than last season.

Philadelphia 76ers -- After years of losing seasons, Philadelphia finally appear ready to make a playoff push. Ben Simmons has returned after missing his entire rookie season, Joel Embiid showed promise as a dominant center before ending last season with yet another injury, and the 76ers selected Markelle Fultz with the top pick in this year's draft. Though all three carry significant injury risk, they also have the potential to lift this franchise out of the abyss. Watch out for power forward Dario Saric.

Chicago Bulls -- Jimmy Butler, Dwyane Wade and Rajon Rondo are gone. In their place, Kris Dunn, Zach LaVine and Bobby Portis will be asked to win games. The Bulls selected seven-footer Lauri Markkanen in the first round and still have Denzel Valentine, a lottery pick in 2016, but this roster is devoid of proven talent.

New York Knicks -- New York finally dealt Carmelo Anthony, sending him to Oklahoma City to team with Russell Westbrook and Paul George. The Knicks weren't going to make the playoffs anyway, but now they face an uphill climb to avoid the Eastern Conference cellar. French rookie Frank Ntilikina may start at point guard, proving this team is geared for the future.

Kevin Love -- No longer the third wheel in Cleveland's high-powered offense, Love will be integral to the Cavs' ability to reach a fourth straight NBA Finals. Likely moving to center, he will have the flexibility to move around in the paint and pop out for three-point attempts. Love's ability to knock down open jumpers should alleviate pressure on James. It also will space the floor for Thomas to become a true triple-threat option running the offense.

Conference Rookie of the Year

Jonathan Isaac, Orlando Magic -- Isaac has flown under the radar since becoming the number six overall pick in this year's NBA Draft, but the 6ft10 former Florida State star can play above the rim or stretch the floor with a solid shooting touch. Though still raw, Isaac has impressed enough to garner major minutes as a rookie. The Magic may have found a steal if he's able to refine his ball-handling enough to further create his own shots.

Don't be surprised when...

The Pistons win a playoff series. The nucleus of Reggie Jackson, Andre Drummond and Tobias Harris should improve this season. Jackson fought through injuries early last year, and Drummond was taken out of games late due to poor defense and free-throw shooting. They should be closer to their 2015-16 form this season.

Cavaliers --  Cleveland remains the favorite until proved otherwise. The loss of Irving will sting, but Thomas is a capable fill-in. The Cavs' offseason moves left them older than last year but also deeper. Though Wade and Derrick Rose are past their primes, they can provide solid production off the bench. Crowder, an underrated piece in the Irving trade, can knock down three-pointers and guard an opposing team's top wing threat.

The Celtics worked hard this offseason to try and usurp the Cavs. Boston are set up better in the long run with Irving, Jayson Tatum, Marcus Smart and Jaylen Brown on the roster, but Cleveland will earn the number one seed and defeat Boston in Game 7 of the Eastern Conference Finals.