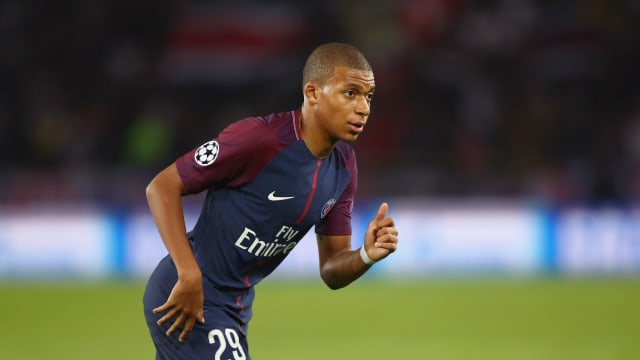 Paris Saint-Germain star Kylian Mbappe is more professional than Barcelona icon Lionel Messi was at his age, according to Ludovic Giuly.

Messi underwent hormone treatment to boost his height upon joining Barca and struggled with muscle injuries during the early stages of his professional career.

Former PSG and Monaco forward Giuly was at Camp Nou when the diminutive Argentine took his first steps in senior football aged 17.

Having witnessed Messi's formative years in football, the Frenchman feels his compatriot Mbappe - who has been nominated for the 2017 Ballon d'Or - has an advantage in his development due to his physical condition.

"Kylian has great potential," Giuly said of the 19-year-old to RMC.

"He has everything needed to be great; he is professional, he is mentally strong, he chose PSG in order to grow.

"Mbappe is more professional than Messi at the same age. He knows how to manage his body better.

"Leo had a lot of worries with his health during his growth. It was more complicated for him.

"Kylian has the advantage of understanding himself and recovering well."