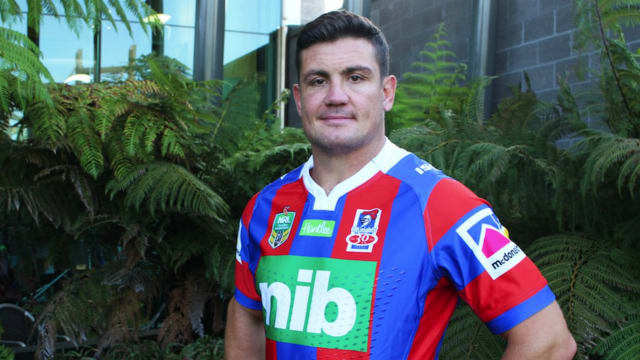 Newcastle Knights have announced the signing of forward Chris Heighington on a one-year contract for the 2018 NRL season.

The veteran was a free agent after confirming his departure from Cronulla Sharks, where he had played since 2013.

"I spoke to Browny about that and he needs me as much off the field as on the field... he actually said probably more off the field," said Heighington, who has made over 300 career NRL appearances in spells at Cronulla and Wests Tigers.

"Just to show those young guys how it's done and how to play consistent footy year in and year out."

My journey at the @cronullasharks has come to an end - what a wild 5 years! I didn't get the opportunity to thank all the fans, community, players & staff for all their support. I have met some amazing people with lifetime friendships, you know who you are. Its now time for my next journey - stay posted #notretiring

The Knights, who finished bottom of the NRL last season after winning only five of their 24 matches in the competition, have added players including Warriors veteran Jacob Lillyman and Brisbane duo Herman Ese'ese and Tautau Moga to their squad.