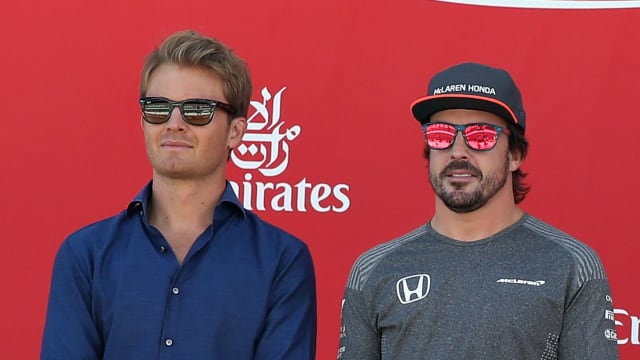 Fernando Alonso has only himself to blame for a series of disappointing seasons in Formula One, according to Nico Rosberg.

Two-time world champion Alonso last seriously challenged for the title when at Ferrari in 2012, with Sebastian Vettel dominating the sport from 2010 to 2013.

The Spaniard subsequently switched to McLaren in a move that has failed to work out and led to him frequently being linked to other teams, including Mercedes as a possible replacement for Rosberg after his shock retirement last year.

Alonso opted to stay at McLaren and has endured another disappointing campaign in 2017, but Rosberg believes he only has himself to blame.

"It was not bad luck, it was his decisions. He chose wrong. It's not bad luck when you choose bad teams," the German told AS.

"You can be the best driver in the world, but if you are always in a bad car that doesn't win. That's how it is."

McLaren have dropped Honda as their power-unit supplier in favour of Renault from next season.

Alonso said after the Japanese Grand Prix that he expects his future to be clarified ahead of next weekend's race in Austin.

Asked if remaining at McLaren was a good option for the 36-year-old, Rosberg replied: "It's his only option."