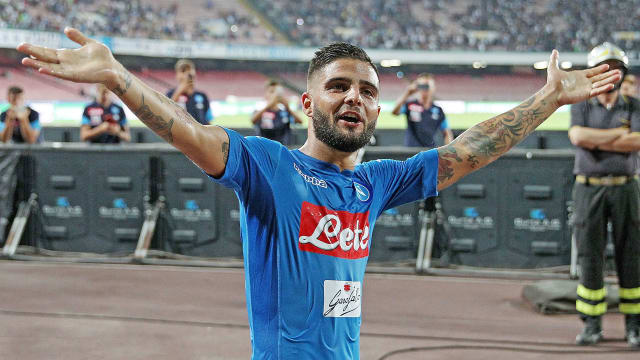 Italy and Napoli forward Lorenzo Insigne has revealed he almost quit the game after consistently being told he was too small to make it as a professional.

The 26-year-old, who started in Italy's disappointing 1-1 draw with Macedonia on Friday, has carved out a superb career for himself at Napoli after impressing on loan at Pescara in 2011-12.

It could have all been so different for the diminutive attacker, though, had he listened to the advice of scouts when he was younger.

"They used to say I had some talent, but was too short," Insigne told UEFA.com.

"At one point, I wanted to quit football, as the scouts all told me the same thing and I thought it might be futile to continue. Then I had a trial with Napoli and it went well."

Insigne has been an integral figure in Napoli's stunning start to the season; they sit top of Serie A with seven wins in as many matches and have scored 25 goals in the process.

However, he admits the pressure of being from Naples can sometimes take its toll.

"Any player who represents his hometown will have a few problems," he added.

"Being the only Neapolitan in the squad, it can happen that the fans expect something more from me. I remember when I was a child and there were 70,000 fans in the Stadio San Paolo for a Serie C game. You don't see that anywhere else.

"For a Neapolitan, wearing the Napoli jersey, it's not something that happens every day. I hope that other young Neapolitans can, like me, make these childhood dreams come true."