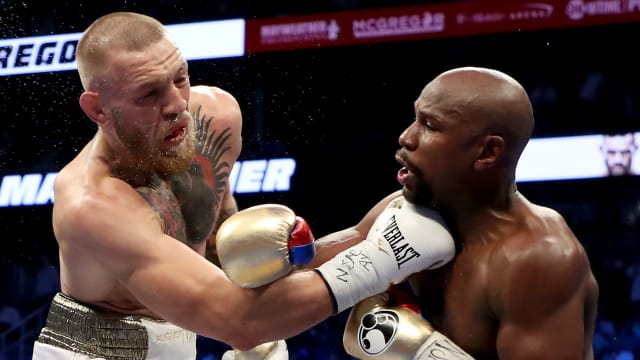 Former heavyweight world champion Wladimir Klitschko feels the "tremendous interest" in the crossover bout between Floyd Mayweather Jr and UFC star Conor McGregor was great for the sport of boxing.

One of the best pound-for-pound fighters of his generation, Mayweather came out of retirement to put his undefeated record on the line against mixed martial arts expert McGregor in Las Vegas in August.

McGregor's lack of boxing experience saw the fight criticised by some observers as a money-spinning circus and the Irishman, having made a strong start, ultimately struggled in the ring, losing by technical knockout in the 10th round.

Klitschko, though, who hung up his gloves after losing to Anthony Joshua in London in April, can appreciate the positives of the publicity generated by the event.

"I think it was great for the sport, that you can combine an MMA fighter in the boxing ring, even if he has not so much of a chance under boxing rules," he told Omnisport.

"The same way would be with Mayweather fighting in the cage, he would have little chance, same as McGregor had.

"I think it was good for the sport because there was a lot of tremendous interest around the world. So it's all good."

The spectacle of Mayweather v McGregor was followed last month by a contest more to the tastes of boxing aficionados, as middleweight superstars Gennady Golovkin and Saul 'Canelo' Alvarez clashed, also in Las Vegas.

Some controversial scoring saw the showdown end in a split decision draw, raising the prospect of a likely re-match next year.

"Nobody expected it was going to go the distance," Klitschko said.

"I thought Gennady was ahead. But it's pretty much the same question fans are asking when you have not [a] clear win for one of the fighters, when it goes to points. You can go in either direction because sometimes people have different views."

Asked if he expects a second meeting between the pair to be arranged, Klitschko added: "That's possible, if they want to!"