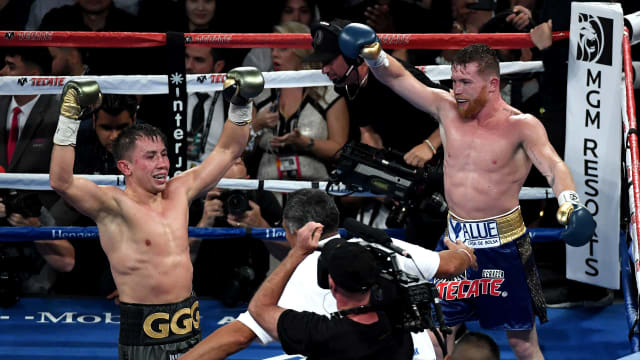 Golovkin (37-1) and Canelo (49-1-2) met in a highly anticipated clash in Las Vegas last month, but the fight tipped to be one for the ages ended in a draw following a controversial split decision.

The Kazakhstani also had his IBF and WBA belts on the line at T-Mobile Arena, though his WBC strap was set to be vacated in the case of a defeat owing to his opponent's dispute with the body.

At a convention in Baku, WBC president Mauricio Sulaiman announced the board of governors' decision to order an immediate rematch.

"Hopefully it will be the second chapter of what we saw on September 16."

The world knows #andstill
Thanks to all my fans from all over the world for your support. It means a lot for me. pic.twitter.com/o7t3m2sA8H

A date in May 2018 has been touted for the second showdown, with Golovkin's promoter Tom Loeffler confident his man can get the job done this time around.

"I think you'll see Gennady knowing that he has to win more than eight rounds to get the decision, he'll be even more persistent in the rematch," he said.

"It doesn't get any better than the fight with Canelo. It really became an international sporting event, instead of a world boxing championship match.

"Gennady still has all his titles, he's still the world champion and this is a fight that the fans want again, so we can have a more definitive ending to the next one. We'll do whatever we can on our side to make it happen.

"I don't think we have ever seen Canelo going backwards and fighting off the ropes for 12 rounds. That's the style Gennady forced him into.

"With their styles, their punching power, their speed, with both in the primes of their career, it can only get better."

Following the controversy of the first bout, judge Adalaide Byrd - who scored it 118-110 in favour of challenger Canelo - was stood down.