Halep gets chance for revenge with Sharapova draw in China 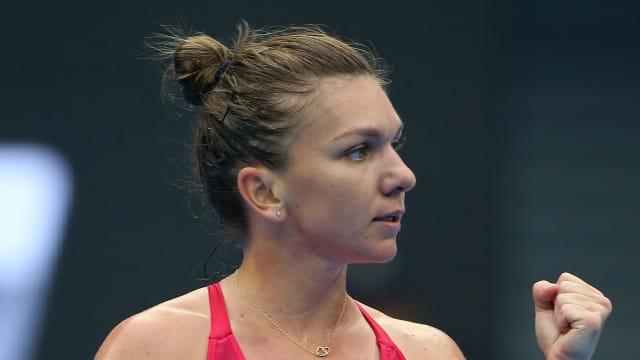 Simona Halep will get a chance for revenge against Maria Sharapova when the pair meet in the third round of the China Open.

Sharapova defeated world number two Halep in the opening round of the US Open in August as the Romanian's quest for a maiden grand slam title went on.

The pair will face off for a place in the quarter-finals in Beijing after Sharapova overcame compatriot Ekaterina Makarova 6-4 4-6 6-1, while Halep was 6-1 2-1 up when Magdalena Rybarikova retired due to illness.

Coco Vandeweghe also withdrew from her match against Daria Gavrilova due to a thoracic injury and there were wins for Petra Kvitova, Karolina Pliskova and reigning champion Agnieszka Radwanska.

With her 15-month doping ban having sent her tumbling down the rankings, Sharapova knows she will have to get used to meeting the likes of Halep early on in competition. However, the Russian is excited to go up against the second seed again.

"Maybe these are not the type of matchups you expect earlier in a tournament, but this is what I have now. I love the challenge of playing against someone that's number two in the world.

"She's a great player. She's had a great year. Any time you're able to face an opponent that's done something right and well, it's great to see where you are and where your level is."

CHAMP CHURNS IT OUT

The Pole - seeded 11th - was immediately pegged back after securing the first break but managed to repeat the trick in order to serve out the first set.

Zhang came out on top against the serve in a tense second game but let a 3-0 lead slip and had to break back after Radwanska took control. However, the Chinese was unable to consolidate and the 28-year-old took full advantage to finish off a 7-5 7-5 win.

Radwanska will face Daria Kasatkina in round three after the 20-year-old Russian saw off Lara Arruabarrena 6-4 7-5.

Kvitova responded to her Wuhan Open first-round defeat at the hands of Peng Shuai with a solid 6-4 6-4 victory against Varvara Lepchenko.

Next up for the Czech will be fifth seed Caroline Wozniacki

There were also wins for Kvitova's compatriots, with Pliskova setting up a match against Sorana Cirstea - a 7-6 (7-4) 6-0 winner over Christina McHale - courtesy of a 6-4 6-4 triumph against Andrea Petkovic and Barbora Strycova downing Julia Goerges 6-4 6-2.