Gatlin and Bolt overlooked for Athlete of the Year award 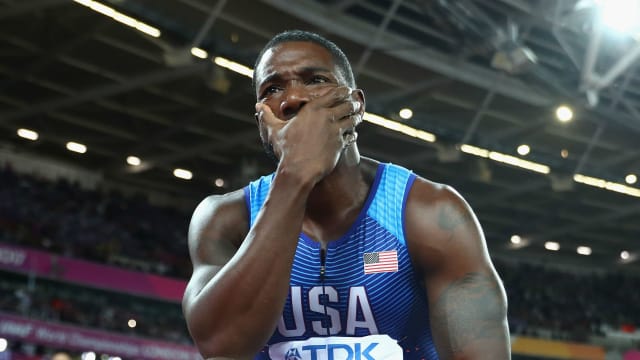 Justin Gatlin has been overlooked for the men's IAAF Athlete of the Year award, with Usain Bolt also omitted from the 10-man shortlist after an underwhelming end to his legendary career.

Bolt's long-term rival Gatlin consigned the great Jamaican to defeat in his final 100-metre race in London, with the eight-time Olympic champion also pulling up lame in the final race of his career, the 4x100m final.

Gatlin's inclusion on the shortlist in 2014, when he ran the fastest 100m and 200m times by an athlete over 30 years old, drew fierce criticism.

His exclusion this time around is a surprise, however. It is the first time since 2004 that an Olympic or Worlds 100m champion has been missing, when again it was Gatlin absent.

The American was booed during the championships in London and shushed the crowd after crossing the line first in the showpiece event. Gatlin's two doping bans have long been used to frame the rivalry between he and Bolt.

Wayde van Niekerk and Mo Farah headline the men's selection, while 800m champion Caster Semenya and heptathlon breakthrough star Nafi Thiam are among the favourites to win the women's award.