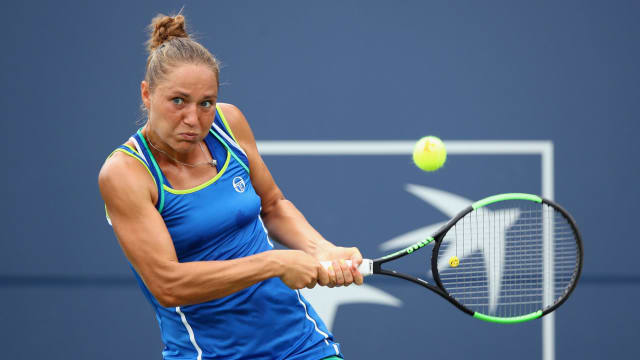 Kateryna Bondarenko shocked second seed Timea Babos in the final of the Tashkent Open to secure her first WTA Tour title since 2008.

Ranked 81 places below Babos at 133rd in the world, Bondarenko went into Saturday's match as the undoubted underdog, particularly as she had not won a tournament since claiming her maiden crown in Birmingham nine years ago.

However, the Ukrainian was able to triumph 6-4 6-4 - condemning Babos to her second final defeat this month.

After twice seeing chances go begging on her opponent's serve, Bondarenko eventually broke in game seven on her way to taking the opening set.

She then raced into a 3-0 lead in set two and held off a fightback from Babos to complete a straight-sets victory.