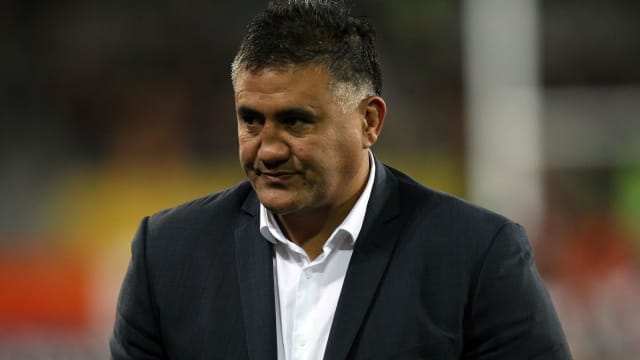 Japan coach Jamie Joseph has taken charge of Super Rugby side the Sunwolves.

Joseph replaces Filo Tiatia as head coach of a Japanese franchise who have struggled to compete in Super Rugby since joining the competition last year.

New Zealander Joseph ended his spell at the helm of the Highlanders to take charge of Japan in 2016 and will combine national-team duties with his new role.

Joseph, who masterminded the Highlanders' Super Rugby title success two years ago, said: "Firstly I would like to thank Filo for his huge contribution to the Sunwolves and Japanese rugby. Filo has been an integral part in the development of our Japanese players as we prepare for the world cup in 2019.

"As the new head coach I understand the responsibility of coaching at this level. I can't wait for next season. We have a huge challenge ahead of us, but I've been here before with the Highlanders."

Tiatia is to pursue a coaching career elsewhere after two seasons with the Sunwolves.

The Tokyo-based Sunwolves, who also play home matches in Singapore, will compete in the Australian Conference in a new-look Super Rugby competition next year after three teams were axed.