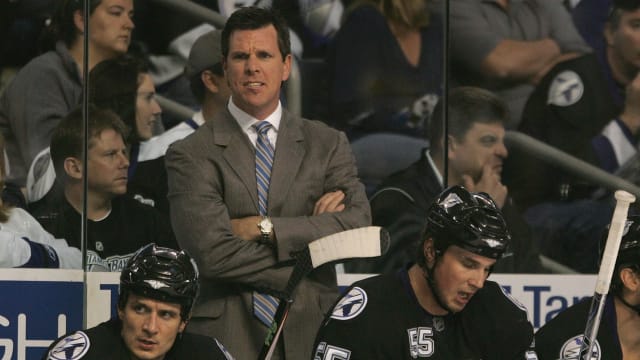 The Penguins confirmed their attendance in Washington after Trump withdrew an invitation for NBA champions the Golden State Warriors to visit the American capital.

Trump's decision sparked backlash throughout the NBA and across the country but Penguins head coach Sullivan insisted Pittsburgh's decision to meet the president is not political.

"There appears to be a perception out there that because our organisation has made a decision to accept the invitation to the White House that we have taken a stance on the issue, when the reality is it's just the opposite," Sullivan said on Wednesday.

"We haven't take any stance. The Penguins as an organisation and our players have chosen not to use this platform to take a stance. There appears to be a perception that we have. It's wrong."

Sullivan also defended captain Sidney Crosby after the star came under fire on Sunday for saying he supported the team's decision to go to the White House.

"The fact that people seem to think that Sid needs to bear this burden of responsibility is unfair," Sullivan said.

"This guy does nothing but go to the rink, help the Penguins win championships and be a good person every day. That's how we see it. Having said that, we have respect for those that choose to express themselves differently. I wish we would receive the same respect in return, and I wish our captain would as well."

Earlier on Wednesday, it was announced that Pittsburgh mayor Bill Peduto will skip the Stanley Cup champions' appearance at the White House on October 10, and Allegheny County Executive Rich Fitzgerald will join the former in taking a knee for the team's visit.

Both Peduto and Fitzgerald were with the Penguins for the visit celebrating their 2016 Stanley Cup championship last October, when Barack Obama was in the Oval Office.