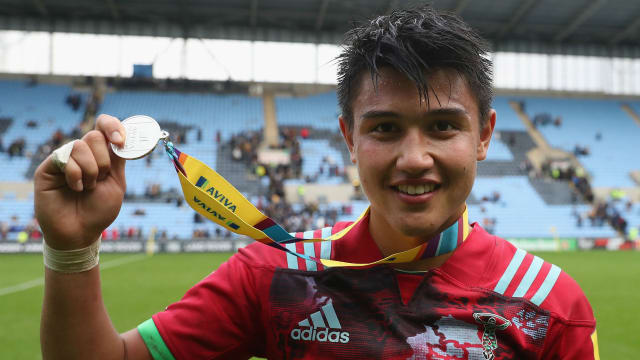 Teenage fly-half Marcus Smith and hooker Tom Dunn will join up with the England squad as they step up their preparations for the November internationals.

Smith has caught the eye with some accomplished early season performances for Harlequins and Eddie Jones has given the 18-year-old the opportunity to take part in a three-day training camp.

Uncapped Bath man Dunn will also get the chance to impress England head coach Jones over three days of training in Oxford, starting on Sunday.

British and Irish Lions quartet George Kruis, Kyle Sinckler, James Haskell and Jonathan Joseph have not been included as England gear up to take on Argentina, Australia and Samoa at Twickenham.

Jones said: "This camp in Oxford is a really positive opportunity for the group to come back together and sharpen our focus and preparation ahead of our first match against Argentina,

"This is our most important game this year and we want the players to come away from camp having trained well with a clear plan of how we want to play and win against the Pumas."