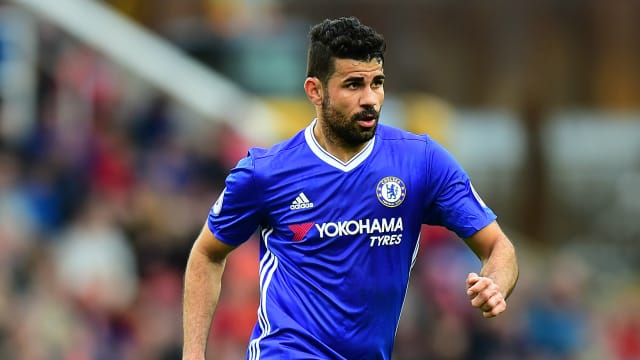 Diego Costa is likely to win multiple trophies with Atletico Madrid after sealing his return to the club from Chelsea, according to former Blues forward Andriy Shevchenko.

The Spain striker is on the brink of completing his move back to Atletico, who he originally left for west London in 2014, after the two clubs announced a deal had been agreed on Thursday.

Costa has subsequently landed in Madrid ahead of his move, which will be formally completed after a medical is passed and personal terms are agreed, meaning he will link-up with Antoine Griezmann in attack from January.

The 28-year-old won the Premier League twice in his three years at Stamford Bridge and Shevchenko, who did not win the title in his own spell with Chelsea, feels Costa's legacy at the club is secure, while tipping him for further success in Spain.

"There are a lot of other players and he deserves to leave the club," Shevchenko told reporters at the announcement of the Best FIFA award nominations.

"He did a great job. He was a competitor, he's a winner, he's a fantastic guy who did a great job for Chelsea and was honest with the club regarding his motivation to leave the club. His club let him go and now I wish him all the best in Atletico Madrid.

"He can win a lot of trophies with Atletico but his performance with Chelsea has been incredible."

Chelsea have already signed Costa's replacement in Alvaro Morata, who arrived from Real Madrid for a club-record fee believed to be around £60million.

Shevchenko has been impressed by the impact Morata has made, Costa's international team-mate having netted three times in five Premier League appearances, adding two assists.

"Morata's adaptation with Chelsea has been fantastic. You know, he's playing great, he's scoring the goals, his chemistry with his team-mates is incredible.

"Antonio Conte knows what kind of player he's signed. I'm sure the club knows also. The club obviously has maximum motivation to win everything and Morata is probably the right player."