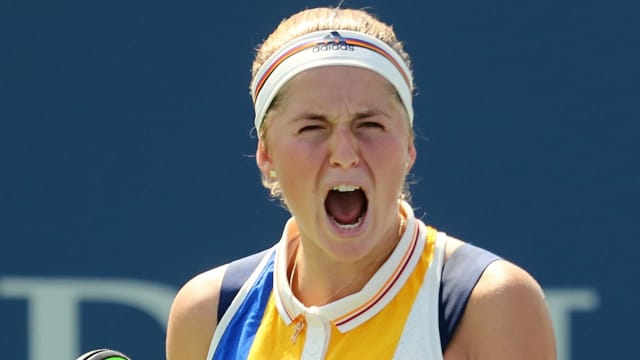 Jelena Ostapenko powered her way into the quarter-finals of the Korea Open with a straight-sets win over Nao Hibino.

Top seed Ostapenko struggled on serve but had the armoury to wrap up a 6-2 6-2 victory in Seoul on Thursday.

The unseeded Hibino faced a barrage of brutal groundstrokes from the French Open champion, buoyed by becoming a top-10 player for the first time this week.

Ostapenko will play Veronica Cepede Royg in her seventh quarter-final of the year after breaking twice in the first set and three times in the second to ease through.

Cirstea failed to hold in the first game of the match and was broken for a second time in the opening set, but still came out on top and Gibbs was unable to fight back.

Cepede Royg came from a set down to oust Kristie Ahn, while Priscilla Hon was a straight-sets victor over Arantxa Rus in the other second-round match.