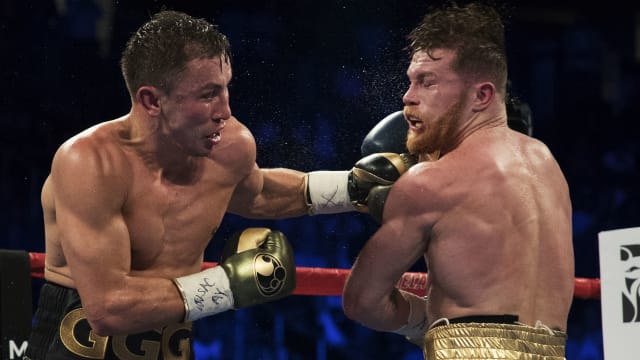 Gennady Golovkin's promoter has underlined the need for any potential rematch with Saul 'Canelo' Alvarez to steer clear of the judge controversy that plagued the first bout in Las Vegas.

Saturday's fight ended in a draw and it was the scorecard of Adalaide Byrd - who has since been stood down - that provided the biggest talking point, with Canelo the winner on her card by 118 to 110.

Promoter Tom Loeffler confirmed Golovkin's desire to get back in the ring with the Mexican, but conceded the need to address several areas of concern, including the date - with May 5 mooted - the judges and the location.

"Gennady wants to fight before May but, if they commit to a rematch, we'll have to see if that makes sense. We can't put Gennady's career on hold, but [a rematch] is the priority," he told Sky Sports.

"We wouldn't be hesitant about coming back to Nevada, but we'd be more selective with the officials that were assigned.

The world knows #andstill
Thanks to all my fans from all over the world for your support. It means a lot for me. pic.twitter.com/o7t3m2sA8H

"[Byrd's] scoring system doesn't fit GGG's style, so that gives an argument not to have her involved.

"I can't blame Vegas. [Trella], who scored a draw, was from the east coast and we've had no problem with him before. The referee Kenny Bayless did an excellent job. So two out of three Vegas officials were fine, the one from the east coast had a draw, then the other [was Byrd].

"If [Trella] didn't have a draw we wouldn't be talking about [Byrd's] scorecard. So we can't put all the blame on Byrd. [Trella] needs to be held accountable too."

On the subject of where a second showdown might be held, Loeffler added: "If there's a rematch Dallas should be at the top of the list, but Madison Square Garden made an offer [for the first fight] that would have been a record gate for New York.

"After seeing the tremendous atmosphere at Wembley Stadium [for Anthony Joshua v Wladimir Klitschko] I was always a fan of going to the AT&T Stadium where we could have sold 100,000 tickets."