'Thinking fighter' Canelo sure he will be Golovkin's biggest test 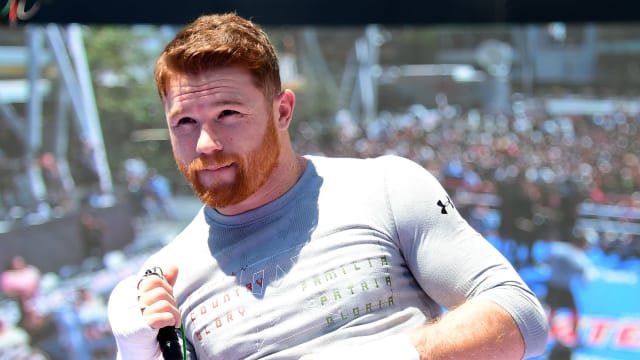 Saul 'Canelo' Alvarez says he is a "thinking fighter" and will provide the biggest test of Gennady Golovkin's career when they meet in a highly anticipated middleweight title bout in Las Vegas on Saturday.

Canelo (49-1-1) will attempt to depose the undefeated Golovkin (37-0) as the king of the division when they battle for the Kazakh's WBA and IBF belts at the T-Mobile Arena.

The Mexican has worked his way up from welterweight and believes he has the ability to provide GGG with the toughest fight of his career due to his intelligence in the ring.

Asked if he will be Golovkin's biggest test, Canelo told Omnisport: "Without a doubt. I will be.

"I'm a fighter who's a thinking fighter, who can make adjustments, who has a 'Plan A' and more than that and on Saturday night you're going to see it. We're going to show all those attributes, all that talent.

"I've had a tremendous preparation. Everything went well, everything went accordingly, just fine-tuning some things here and there. I prepared myself specifically for Golovkin and we're ready for Saturday.

Canelo plans to exploit what he perceives to be Golovkin's weaknesses to provide a fight that will rank as one of the best of all time.

"We studied him and have seen several weaknesses and that's what we've worked on in camp and come Saturday night we're going to go in and do our work to try to exploit them," said the Mexican.

"And we're also ready for prepared for whatever he brings or anything else that he come with.