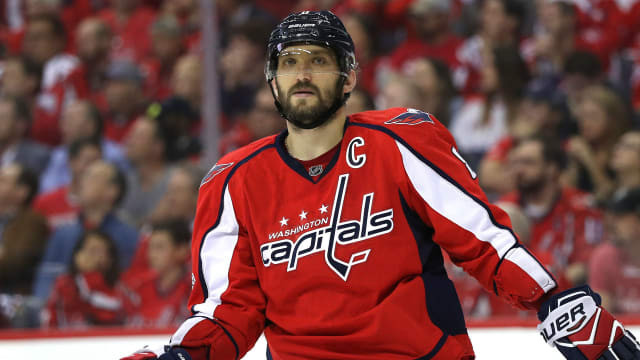 Washington Capitals and Russia star Alex Ovechkin has begrudgingly accepted he will not be able to represent his country at the 2018 Winter Olympics.

The NHL announced in April there would be no break during the 2017-18 campaign to accommodate for the Games in Pyeongchang.

Ovechkin and other NHL players had been defiant in insisting the league's stance would not affect their decision to play at the Games.

But this week NHL deputy commissioner Bill Daly reportedly said the league had received assurances from the International Ice Hockey Federation (IIHF) that its players who are under contract will not be permitted to feature in South Korea.

A seven-time first All-Star team selection, Ovechkin has led the NHL in goals six times in his career but has yet to win the Stanley Cup or Olympic gold.

"We never have to make choice between our team and our country my whole career. I love the Capitals and my team-mates here as much as I love my country and I know all the other NHL players feel the same for their teams. We should not have to be in position to make this choice.

"I see the news this week and I am very disappointed that IOC, IIHF and NHL put me and all NHL players in this position when some of the best players in world do not have chance to play in the Olympic Games.

"This is not just about me but all the NHL players who want to play and have a chance to win gold for their country. Our countries are now not allowed to ask us to play in the Olympics.

"Me, my team-mates and all players who want to go all lose. So do all the fans of hockey with this decision that we are not allowed to be invited. NHL players in the Olympics is good for hockey and good for Olympics. It sucks that will we not be there to play!!

"I said every time I was asked since last Olympics that nobody is going to tell me I can't play because my country was going to be allowed to ask me.

"Now the IIHF and NHL say my country is not allowed to ask anybody in the NHL to play and there is nothing to talk about anymore.

"There is nothing like the Olympic Games. It is still my dream to win an Olympic gold medal for my country. I hope things will change and all of us will have a chance to go again in 2022.

"What's most important to remember is kids have lots of dreams. My focus as it always is this time of year is on my other dream as a kid, to try to win the Stanley Cup."