Golovkin wants Canelo fight to go down in history 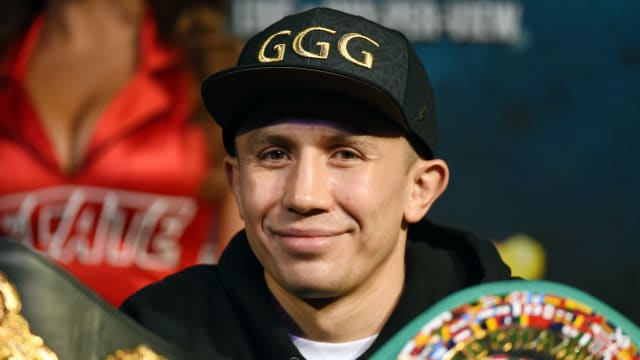 Gennady Golovkin wants his battle with Saul 'Canelo' Alvarez on Saturday to be remembered as one of the greatest middleweight fights of all time.

Fireworks are expected when the division's two most impressive competitors go toe to toe in Las Vegas, with Golovkin putting his WBC, WBA and IBF titles on the line.

GGG believes the fight will live up to the lofty expectations surrounding it and hopes it is secures a place in the annals, alongside Marvin Hagler's bout with 'Sugar' Ray Leonard in 1987.

Golovkin told Omnisport: "I want [it to be remembered] like the Hagler and Leonard fight, like this. A historic fight. The biggest fight maybe in the middleweight division, like that.

"[Canelo is] a world champion and I think this is the biggest fight for us and a tough fight. I think maybe a decision, maybe a short fight - this is boxing.

"We have different styles and experience. We're both ready for a big fight.

"This is my biggest fight. Everything [makes it so]: power, speed, boxing IQ, everything.

"Canelo right now is ready for 160 [pounds]. He is strong. He looks stronger. For me, it is interesting. We will see on September 16."

Satellite media tour
"This is a fight for the history of boxing" #GGG pic.twitter.com/h6gAywl3KR

Victory would put Golovkin one win away from matching the record of 20 middleweight title defences set by the legendary Bernard Hopkins, but it is not a target GGG is focusing on.

He said: "I'm not thinking about Bernard's record. For me, I know my boxing career. That's more important.

"You know preparation is the same, working hard every day. I feel great right now. Everything is good."