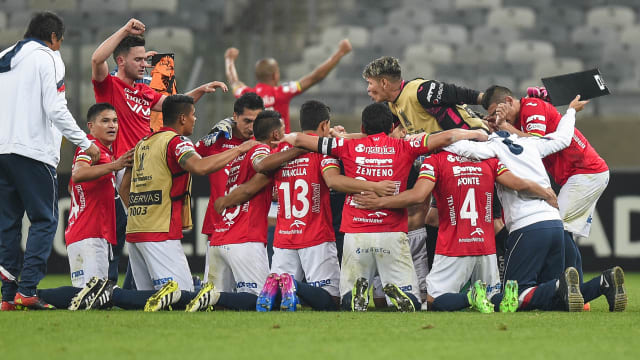 Edward Zenteno, Gilbert Alvarez and Cristhian Machado were on target as the Bolivians won Thursday's first leg in Cochabamba.

River have history in South America's premier club competition, having won it on three occasions - their most recent success coming in 2015.

It took five minutes for Wilstermann to take the lead against the Argentinean visitors through Zenteno, who volleyed powerfully from Marcelo Bergese's corner.

Alvarez doubled the lead six minutes into the second half when he latched onto Cristian Chavez's cross.

And the comprehensive victory was sealed by Machado with eight minutes remaining as Wilstermann extended their unbeaten streak to 10 matches in all competitions.

Wilstermann travel to River for the return leg on September 21.