Lue: Love will have best year with Cavs 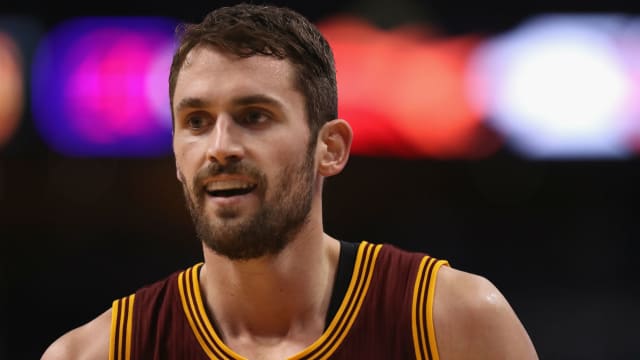 We have all been there before, awkwardly eating or watching a movie with a couple on a date. It is called being the third wheel, which is something Love knows a lot about since joining the Cavaliers.

Playing in the shadow of LeBron James can be hard enough, but when the likes of Kyrie Irving is on your team, too, shots and attention can be hard to find.

Love has done a good job taking on a lesser role with the annual championship-contending Cavs, but some people still criticise his involvement by comparing him to Chris Bosh when he played in Miami with James and Dwyane Wade.

With Irving now at the Boston Celtics, and Isaiah Thomas battling through injuries, Love should have a bigger role in the offence this season. Lue certainly thinks he will.

"Kevin is going to have the best year that he's had here," Lue said. "I thought he was great anyway.

"You keep bringing up Bosh. What did Bosh average in Miami? Kevin averaged almost 20 [points] and 10 [rebounds] with two other All-Stars. If you are on a championship-calibre team, you have to sacrifice.

"But this year is going to be a big opportunity for him. We're going to play through him more. He's going to get those elbow touches again."

Love was far from poor last season -- averaging 19 points and 11.1 rebounds per game -- but he rarely had a play called specifically for him when both James and Irving were also on the court. It appears that may change this season.