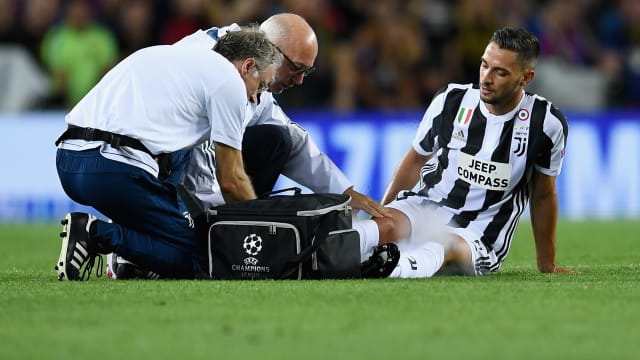 Juventus have confirmed that Mattia De Sciglio did not suffer a serious injury in the 3-0 Champions League defeat to Barcelona on Tuesday.

The full-back picked up a problem towards the end of the first half at Camp Nou and was replaced by Stefano Sturaro.

It was feared that the 24-year-old had sustained a muscle tear but Juve say medical checks have cleared concerns of a major problem.

"The tests at J|Medical excluded any serious injuries in the affected area (the third distal of the right leg)," a club statement confirmed.

"However, in view of the short time since the injury, additional daily clinical monitoring, as well as additional checks will be required in the coming days."

De Sciglio is likely to be sidelined for Sunday's Serie A trip to Sassuolo out of precaution.