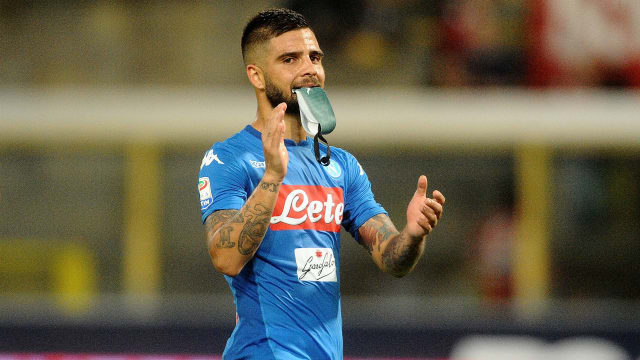 Lorenzo Insigne had no explanation for Napoli's below-par performance at Shakhtar Donetsk that resulted in a 2-1 defeat.

Having been drawn into the tricky Group F, which also includes Manchester City and Feyenoord, in the Champions League, the Serie A side could have done without a loss in their opening game.

But Shakhtar were good value for the three points as they netted through Taison and Facundo Ferreyra before Arkadiusz Milik's penalty made a fight of the closing stages.

Napoli had chances to grab an equaliser, but Insigne conceded his side made errors across the 90 minutes that they must now address.

"We knew that Shakhtar were a good side as they have quality players in attack," he told Mediaset Premium. "I honestly don't know what we got wrong and why we played like this.

"During the week, we will discuss it with the coach and see what mistakes we made so that we can correct them.

"Perhaps we believed a little too late that we could come back, but we had chances and didn't make the most of them. We had the opportunities to equalise. It's a pity.

"We've got to get our heads down and work hard to improve on the errors we saw today."

Maurizio Sarri mixed up his team selection, leaving star man Dries Mertens on the bench, but Allan - also a substitute - had no issue with the decision.

"I respect the decision of the coach. There are many quality players and we've always got to be ready."