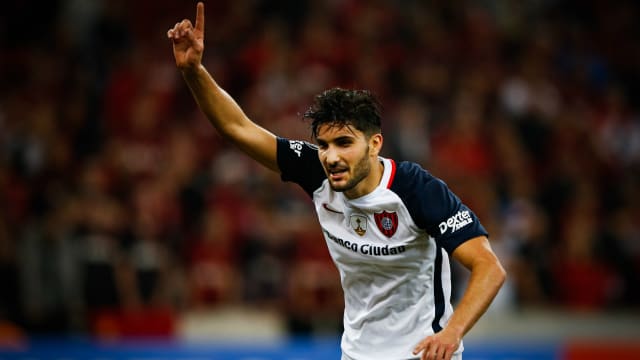 San Lorenzo drew first blood in the quarter-finals of the Copa Libertadores, while Santos and Gremio were held in their opening-leg matches.

Champions in 2014, San Lorenzo accounted for Lanus 2-0 in Wednesday's all-Argentinean clash thanks to a brace from Nicolas Blandi.

Blandi opened the scoring in the 34th minute, weaving his way past Diego Braghieri before curling the ball beyond Lanus goalkeeper Esteban Andrada.

The 27-year-old doubled the lead six minutes into the second half, stepping up to convert his own penalty.

Brazilian duo Santos and Gremio, who share five Libertadores between them, drew on Wednesday.

Santos - three-time winners - left Ecuador with a draw and an away goal following their 1-1 stalemate against Barcelona.

Gremio, meanwhile, played out a scoreless draw at fellow Brazilian side Botafogo.