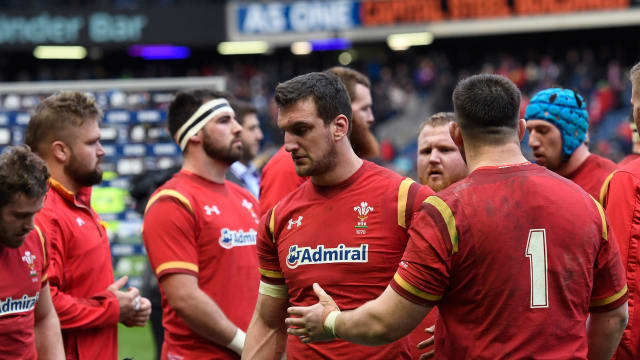 Former Wales captain Sam Warburton will miss the November Internationals after being ruled out for four months by neck surgery.

Cardiff Blues confirmed on Tuesday Warburton is set to undergo a procedure to fix a "long-standing" issue.

Warburton led the British and Irish Lions to a 1-1 series draw against New Zealand in June and July, but relinquished the Wales captaincy to Alun Wyn Jones before this year's Six Nations.

The flanker will miss Tests against Australia, Georgia, the All Blacks and South Africa later this year, and is slated to return to training just a few weeks before the start of the Six Nations on February 3, when Wales welcome Scotland to the Principality Stadium.

53 - Sam Warburton is the only player to reach 50+ Test caps as a skipper before turning 29. Scalpel. pic.twitter.com/XJF3CPWzDS

Warburton has played no part in Cardiff's opening games of the Pro14 season, the Blues suffering defeats to Edinburgh and Leinster.

Danny Wilson's side are joint bottom of Conference A with Zebre and Cheetahs, who also remain without a point.