Mandzukic out of Juventus' trip to Barcelona 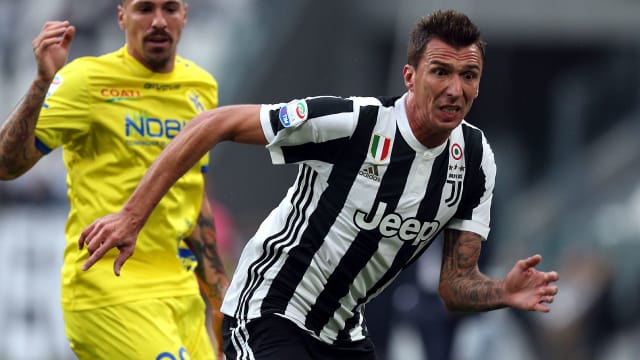 Mario Mandzukic has been left out of Juventus' squad for their Champions League meeting with Barcelona on Tuesday.

Last year's finalists open their European campaign against Barca at Camp Nou, but they will be without Mandzukic who was withdrawn seven minutes from the end of Saturday's 3-0 Serie A victory over Chievo.

A statement detailing Juve's travelling party explained that Mandzukic had suffered a recurrence of an injury picked up on international duty with Croatia.

Juve met Barca in the quarter-finals of last season's competition, winning 3-0 in Turin before holding the Catalan giants to a goalless draw in the return to seal their progression.