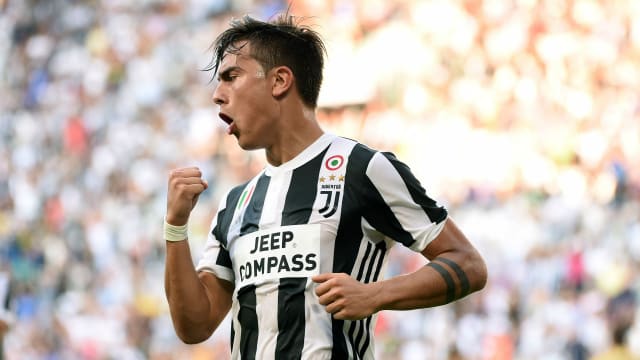 Paulo Dybala has been backed to prove himself equal to the likes of Lionel Messi, Cristiano Ronaldo and Neymar.

Juventus coach Massimiliano Allegri feels the Argentina star has the potential to be considered in the same bracket as that elite trio following a fine start to the campaign.

Dybala came off the bench to score in Juve's 3-0 win over Chievo, making it five goals in three Serie A games this season.

And Allegri, whose men next face a Barcelona side who have been credited with an interest in Dybala, was effusive in his praise of the 23-year-old.

"Dybala is improving a great deal and has everything it takes to become, along with Neymar after Cristiano Ronaldo and Leo Messi, one of the best players in the world," the Juve boss told Mediaset Premium.

"His future is with Juventus and I am very happy with that."